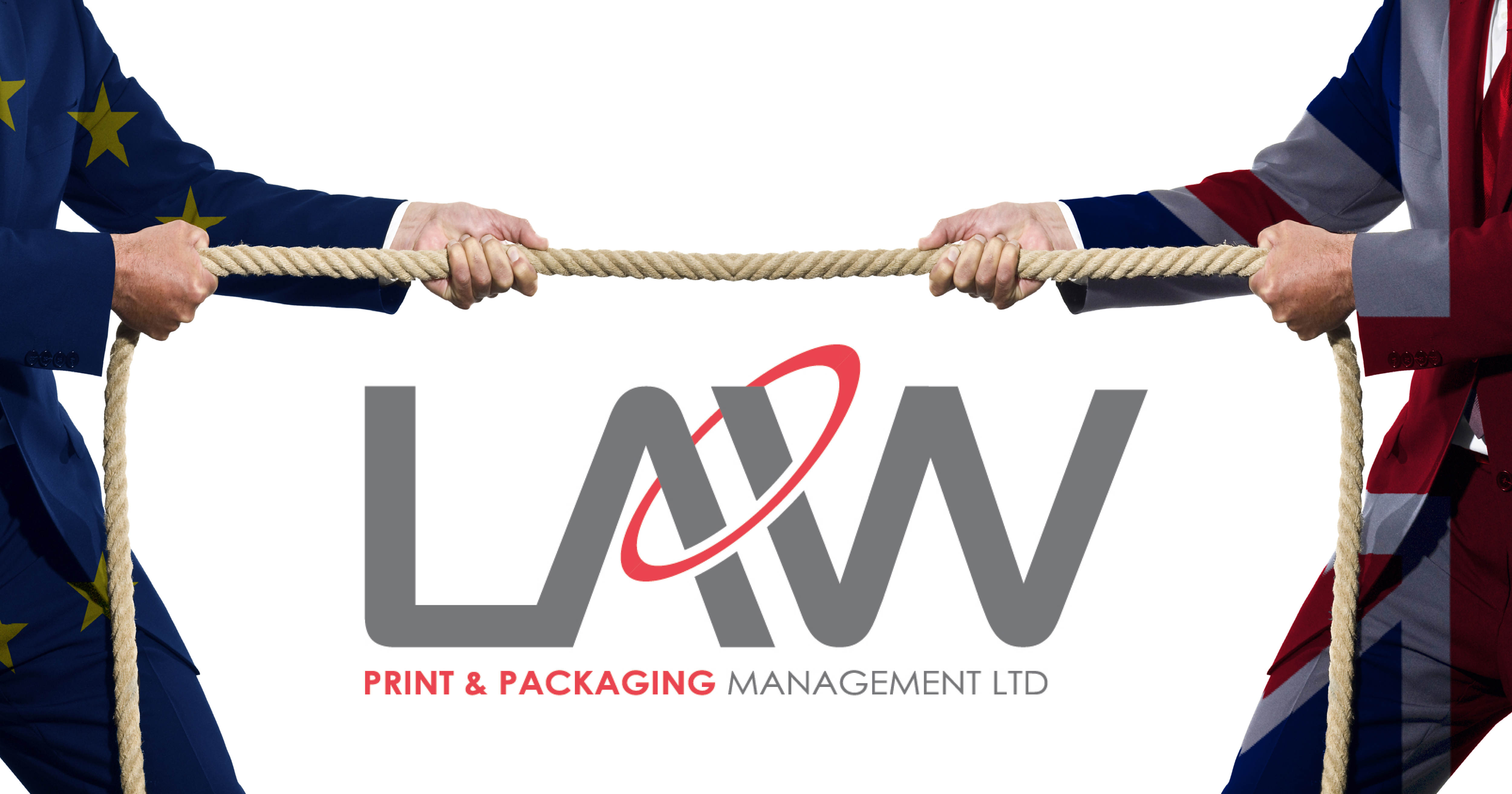 What Brexit means for business: Your questions answered

Brexit uncertainty is taking its toll on the general public as the government is at a standstill. The UK was due to leave the European Union on 12th April 2019 but no withdrawal deal was approved by MPs. Therefore, the EU and UK have agreed a further delay to Brexit until 31st October.

But what does this mean for Law Print & Packaging? See our brief Brexit breakdown below…

Brexit is the withdrawal of the United Kingdom from the European Union cleverly named by Peter Wilding, founder and director of the British Influence think tank who merged the words Britain and exit.

What happened with the ‘Meaningful Vote’?

The Prime Minister brought her draft deal back to MPs on 12th March for a second vote.

The revised deal was rejected once again and another vote followed on 13th March. This vote was to decide whether or not the UK should leave the EU without a deal. A no-deal Brexit was voted down from happening under any circumstances.

As MPs decided against no deal, further talks and votes took place, resulting in a Brexit delay until October 31 2019. Yes that’s right, the Prime Minister has delayed until Halloween! As if the situation wasn’t scary enough!

The UK could leave earlier if a withdrawal agreement has been ratified by MPs. However, the country must now take part in EU elections on 23 May – if it did not the UK would have to leave Europe on 1 June without a deal.

What does this mean for Law Print & Packaging Management?

As Brexit is delayed, currently, there will be no change. However, it still leaves the question about what happens following the delay wide open.

Postponing would not mean that we avoid a no deal Brexit indefinitely. If the UK and the EU cannot sign off on an agreement during this time, then no deal would be the default outcome.

If a no deal Brexit goes forward, there will be no 21-month transition period and as a business we will have to respond immediately to changes as a result of leaving the EU.

Will my prices be affected?

It’s very difficult to say but the likelihood is yes, there will be some sort of increase.

Goods will have to go through multiple security checks (which incur fees) and documents will have to be submitted (which will also require admin fees).

However, it’s not something that can be 100% confirmed just yet.

What about exchange rates?

We mostly import from the Far East where we deal in US Dollars and we already forward purchase currency to cover our customers’ orders. If the Brexit situation on 29th March affects the exchange rate, we should be able to alleviate some of the fluctuations, at least for a while.

Should a no deal Brexit go ahead, the way we operate will have to change.

We won’t bore you with all the details but we will require commercial invoices, packing lists and commodity codes to declare what goods we are exporting, what they’re made of, where they’ve originated from etc. etc.

Luckily, we frequently import from the Far East so we already have all the information we would need. Our aim is to cut lead times down as much as possible by ensuring everything is in place when booking collections to go into Europe.

Nevertheless, we’d rather prepare for the unexpected and add at least two extra days to our standard 10 – 12 week lead times to be safe.

Will there be delays at port and in transit?

What we can’t predict or prepare for are the queues that will form at the port. We will see an increase of an estimated 200 million customs declarations.

Given the surge, we expect delays, mainly in Dover/Calais at the ports due to security checks. Thankfully, most of our imports transit directly from the Far East to Felixstowe port. In the event of any delays, they will be kept to a minimum.

How will you supply Europe?

Cargo To/From Europe is subject to new procedures. If we leave Europe and it’s without a free trade deal, we will have to produce documents. Almost the same as we would when we import from outside of the EU.

Will there be more paper work?

Paperwork is nothing customers need to worry about. Fortunately for you, we’ll have to handle the bulk of it and we have a dedicated logistics team on hand!

Confused? We certainly are as there are still plenty of possible answers in regards to what happens next. Will there be more votes? Another referendum? Will Theresa stand down? Or will there even be a Brexit after all?

Unfortunately, we don’t have the answers and it would appear no one else does either. All we can do is continue to wait and plan our next steps.

If a no deal Brexit is the outcome, things will change, but clients can still expect the same great service from Law Print.

We’ve been serving the UK and overseas since 2004 and in those 15 years we’ve overcome many challenges. We’re committed to bringing you solutions that make a big difference, despite Brexit. So bring it on!

Did we answer your questions? If not, email us here or send us a tweet and we’ll get back to you!

Previous Post
How to tackle the packaging demands of millennials
Next Post
CATch up with our Global Pet Expo 2019 breakdown! 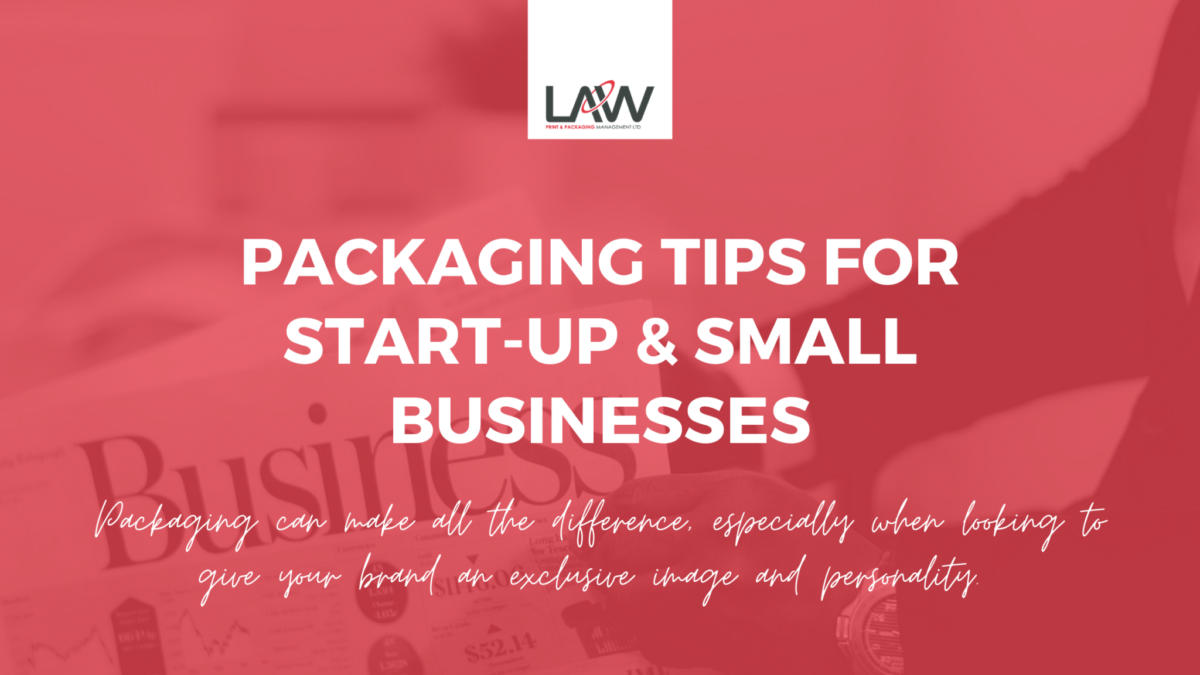 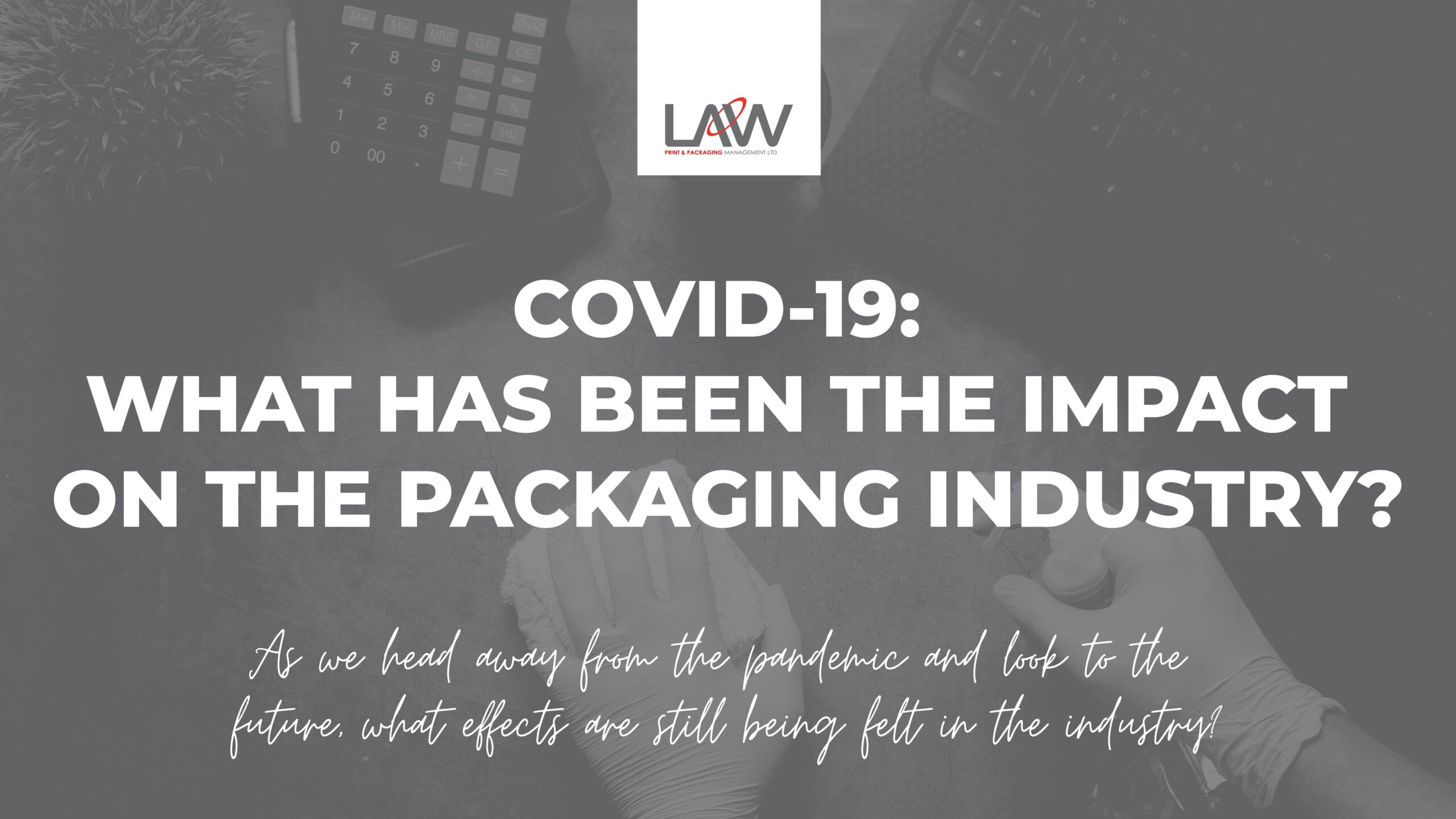 COVID-19: What has been the impact on the packaging industry?

Send us a message

If you’re looking for some more information on our company and the services we offer feel free to download our company brochure.